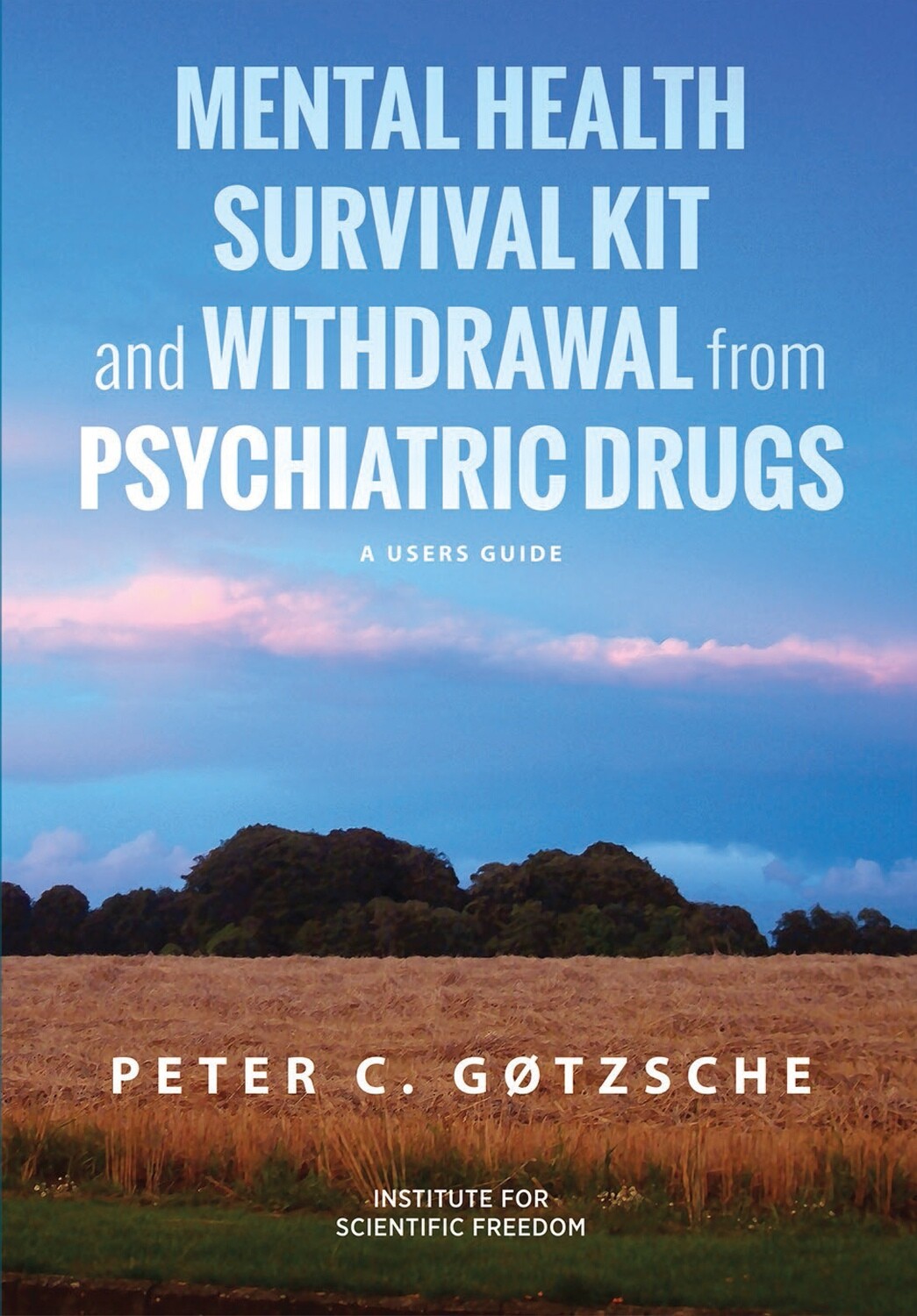 This book can help people with mental health issues to survive and return to a normal life. Citizens believe, and the science shows, that medications for depression and psychosis and admission to a psychiatric ward are more often harmful than beneficial. Yet most patients take psychiatric drugs for years. Doctors have made hundreds of millions of patients dependent on psychiatric drugs without knowing how to help them taper off the drugs safely, which can be very difficult. The book explains in detail how harmful psychiatric drugs are and gives detailed advice about how to come off them.

"Peter Gøtzsche's new book meets patients' need to get tools on how to deal with psychoactive drugs and, above all, not to start them. Gøtzsche is very clear about the role of GPs in medicalizing grief, misfortune, opposition, and bad luck." -- Dick Bijl, former GP, epidemiologist, and current president of the International Society of Drug Bulletins.

"Peter Gøtzsche has written a very personal account of his battle to get the institution of psychiatry to accept that its drugs are not the 'magic pills' they are made out to be. Every medical practitioner who prescribes them, and every person who takes them, should read this book and be warned." -- Niall McLaren, author of Anxiety: The Inside Story

"Peter Gøtzsche wrote this book to help people with mental health problems survive and return to a normal life. His book explains in detail how psychiatric drugs are harmful and people are told how they can safely withdraw from them." -- Fernando Freitas, PhD, Psychologist, National School of Public Health (ENSP/FIOCRUZ). Co-editor of Mad in Brazil

From the Institute for Scientific Freedom